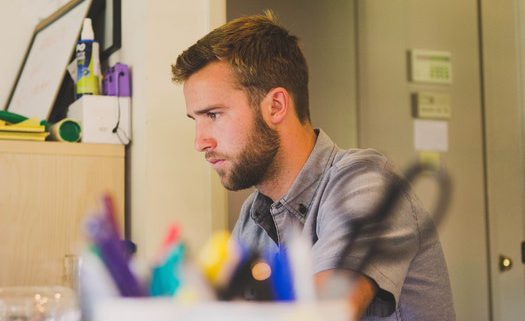 We are all familiar with personality profiling and testing however the one personality test that is not always considered, well before that, is the interview. We have interviewed many candidates that have the right skills and experience however, personality wise, they just don’t pass the test.

In reality, we are all different. We like some people, we tolerate some others and then there are those that we just don’t like (I bet you are thinking of someone now). The hiring manager or recruiter’s role is to assess how you fit the actual role, their client base (if any) and the team around you. When you are brought into interview, we have already made a short assessment on your skill base, training and experience, now we would like to discuss what you really know, and ultimately, whether your personality fits.

How do others perceive you?

I am sure that a lot of people don’t know how they come across. Think about yourself for a moment… have you ever asked someone what they really think? (Hopefully they think that you’re great!) Are you opinionated, brash, negative, very passive, or on the other side, overly happy, energetic, or a bit ‘in your face’? Ask someone the truth as some of these traits may come across in interview and not match the profile of the role that you are seeking or match the culture of the organisation that you are seeking work from. Not all of the traits just mentioned are bad; it’s just about how they may fit a particular role. A passive person may be fantastic behind the scenes or be very creative, whereas the person that you personally perceive as ‘in your face’ may be great around your clientele and in a sales environment – everything has its place.

Can you change how you are perceived?

The answer to this question is a tough one – sometimes yes and sometimes no. The better way is to be aware of how you present to others so that you can make small adjustments in the things that you can change. Some of that may be interview training; some of it may be personal changes. I conducted interview training with a person this week that was a great guy personality-wise; however he seemed very indecisive and fluffed around his words, giving the interviewer no faith in his abilities. He had been unsuccessful at interview previously and came to realise that he needed to be direct in what he said. He really knew his stuff however just didn’t know how to relay this to another person properly and be succinct.

There is also a great guy in my circle of friends that is tall, big framed and has a very deep voice – he intimidates people in interviews (not meaning to) and is certain that he has missed selection on a few occasions because of how he presents himself. In reality he’s actually introverted and very intelligent however with his size and deep voice, there is not a lot of movement to change how he is immediately perceived by others. The main thing is that he is aware of it and we decided on a different approach for him. Networking and building a range of contacts in his industry has been the answer. People that are now interviewing him already know who he is and have moved past the ‘damn he’s a big and scary guy’ part. Most importantly, he’s had success from shifting the way he looked for work.

Be aware of yourself and make it work for you!

At the end of the day you are who you are and we often get comfortable with ourselves. I know that you would hire you for the role but it’s not your decision. Think about the role that you missed out on and analyse what you said in the interview and more importantly how you expressed it. You may have been judged on the way you responded. Yes it’s a feeble excuse and you have to accept it, but if there is an opportunity to work on that, the next interview may be a piece of cake – good luck!

Want to join the discussion?
Feel free to contribute!

Have you ever had a ‘Character Building’ job?

What are you worth in the market?
Scroll to top